If you look closely, the time-lapse between technological disruptions has been reducing considerably. It took humanity thousands of years to get to the steam engine invention, while it took only roughly 2 centuries to go to the second industrial revolution, and only 50 years to go to the third industrial revolution. It's clear to me that the technological advancement is accelerating quickly. 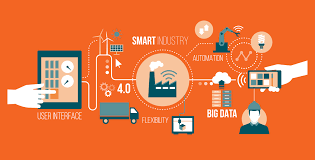 In the past, it was inconceivable for an ordinary person to build a service that could compete with large corporations. Think of trying to replace the way people transfer money via their bank accounts before the internet was invented, and think about how easily you can transfer money now merely by using your mobile phone. Now, imagine a bank that decided not to innovate and keep doing bank transfers the “traditional” way. How long will it survive?

If you are not convinced, think of Nokia. At the beginning of the 21st century, they owned most of the global market for mobile phones. In just a few years they went from market leader to disappearance. Why? Was it because their technology wasn’t good enough. Surely not, they had the best electronic components and the best products available. They failed because they didn’t innovate fast enough. As a consequence, better innovators such as Apple and Android could jump in and win the field.

In this new innovation context, the rules of the game have changed. Not only big fish are no longer untouchable, but small fish can disrupt them by taking advantage of the quickly spreading access to technology. In this new playing field, the real advantage is not to be strong, but to be able to change and adapt rapidly to new scenarios. I will discuss - in a future post - how large corporations can keep their competitive advantage by developing strategic alliances with innovative startups.

In conclusion, I firmly believe that we are now on the verge of a fourth technological disruption. And this one will be characterized by the technology changing and spreading at an exponential speed. One day very soon, we'll look back at today’s technology as we look now at the era when people were using candles to light their rooms.