Internet of Things Vs Artificial Intelligence and Blockchain

The Internet of things (IoT) is about sensors embedded into devices of all kinds that are interconnected via the Internet. Often, the devices are connected with a centralized device. This brings the advantage of collecting useful data that can be analyzed in a way that the final result is useful to the user. The process is as follows:

The birth of the IoT has been made possible due to the simultaneous drop in the price of hardware and software and an increase in performance.

It’s easy to understand that the real value of the IoT is in the analysis. For instance, machine learning techniques greatly improve what is possible to achieve after analysis. It can be used to detect patterns and/or predict outcomes.

The recent growth of the IoT has come with several challenges, such as connecting, securing and managing so many devices. The data generated via IoT devices could be sensitive and their protection is essential throughout their life cycle. Current solutions rely on a central cloud server to identify and authenticate individual devices. This brings a few problems: 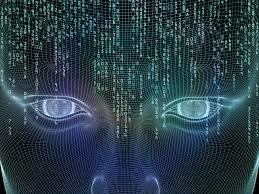 Could the Blockchain technology be the missing link to solving the scalability, privacy, and reliability issues of the Internet of Things? Blockchain brings the promise of making IoT systems much more secure by removing the need for a centralized certification authority. Device identification and intercommunication are secured by a Blockchain solution that holds the unique identity of each of the nodes participating in the network. Blockchain cryptographic algorithms would also make consumer data more private.

Decentralization would mean that both "Man-in-the-Middle" and "Denial-of-Service" attacks would no longer be since no central database or infrastructure would exist to be hacked.

In this scenario, one can envision different solutions. For example, IoT devices could be placed on industrial components so that they detect functioning problems and order repair parts without human intervention. Similarly, IoT devices in agriculture can be used to adjust water consumption based on weather conditions.

Blockchain could also make it possible for IoT owners to receive payments in exchange for the utilization of their smart devices – contributing to the increase of IoT devices available. Think of the IoT as a service.